See what makes quaint British villages and market towns so charming on this circular walk between South Molton and North Molton, complete with hills, fields and countryside views.

We fancied going for cake/lunch at The Corn Dolly in South Molton but felt we had to earn our treat by going for a walk first. A quick Google presented a 3.5-hour circular walk from South Molton to North Molton and back, which seemed like just the ticket. We were a bit cautious of the route, given it was written over 10 years ago and paths can change in that time, but we thought we might as well find out. At least the two settlements and the river they got their names from would still be there!

Location: Start at the Pannier Market in the centre of South Molton

Parking: The Central/Main Car Park is very close to the Pannier Market and is £1.50 for a whole day, not bad.

Dog friendly? There were parts by busy roads and some fields had sheep, cows and horses in, but large stretches of the walk were fine to have dogs off the lead.

This was a wonderful way to spend a Bank Holiday Monday, with lots of sunshine and countryside views, and shady bits too when it got quite hot. And it was fun to be able to go to both poles of the Mole in one day!

We did this walk on a hot day (highs of 23C), which was fine as we had appropriate clothes on, including sunglasses and hats, and had suncream on and plenty of water. However it got REALLY hot when we were taking the steep uphills, so it did get quite sweaty at times!

The route we followed is taken from a recommendation from a local, whose walk was documented by BBC Radio Devon here.

Start at the Pannier Market and cross the road to walk through the lovely sheltered grove that leads up to the Parish Church of St Mary Magdalene.

Following the route, there was a part where we could have taken a bridleway and underpass under the North Devon Link Road, but we crossed the road instead, using the pedestrian crossing points.

After heading along Marsh Lane and to East Marsh Farm, we headed through some fields and towards some nice woodland. A little into the woodland you come across a crossroads, which you will make very good use of on this walk. Ignore the direction being pointed at in the photo, it is wrong!

Turning left up the hill, there is a long and steep climb up, where there are some nice bits of shade and also some excellent viewpoints. You will get a nice view of North Molton before descending into the village.

Walk through the village, taking the footpath according to the guide. 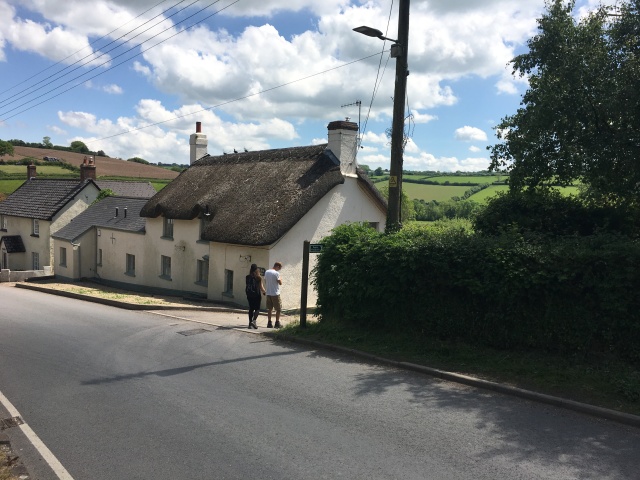 There are some nice flat bits through and alongside woodland, and alongside the River Mole too, with a few steep uphills thrown in for good measure.

There’s a lovely spot for a picnic along this part if you fancy bringing your own grub – it’s right by the river.

You will then cross a field and return to the crossroads. Turn left at the crossroads (meaning you will have walked all paths from the crossroads!) and follow the track, which again includes some uphills and comes out to a road at a T junction called Drewstone, where you turn right.

Cross through the fields, where you will see South Molton, and descend to meet the road, heading back in (and up!) to South Molton.

There are some lovely viewpoints on this walk where you can look back at South Molton or look towards North Molton, many of which present the walker with picture perfect scenes of the quintessential British market town and village. This walk doesn’t have the constant beauty of coastal paths, but the viewpoints are like little surprises along the way, which can be just as lovely. 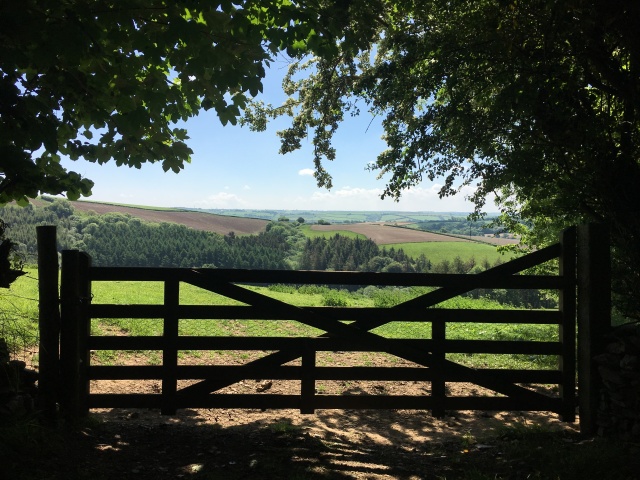 Crossing the North Devon Link Road as a pedestrian is a little daunting! We ended up where we needed to be in the end, but the footpath may have been better and is what was actually suggested in the walk write up. We didn’t take it as it involved going through a stream and one of the group who crossed it couldn’t see much further ahead. On second thoughts we should have given it a try.

The Corn Dolly in South Molton was my carrot on a stick during the steep hilly parts, and it certainly delivered! I would certainly recommend factoring it in to your walk, better at the end rather than the beginning. Go for the bottomless tea and coffee, if not for the fabulous cake selection. 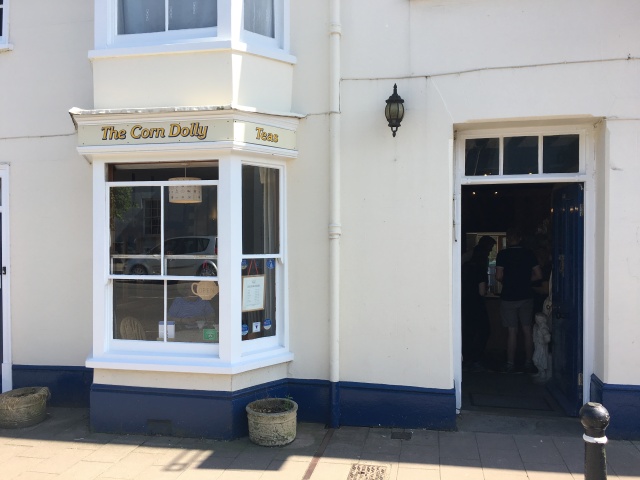 One thought on “North Molton and South Molton – Walk Idea”

Dear Reader, welcome to my diary of North Devon experiences. I am on a journey to find the best there is in this beautiful part of the world. Check out the best North Devon has to offer in Food, Attractions and Walks.